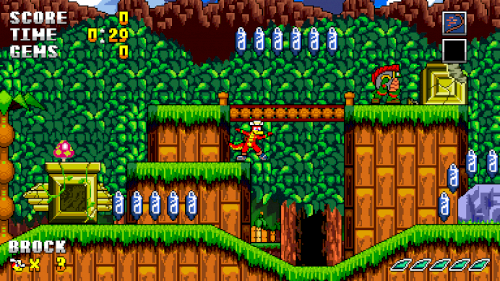 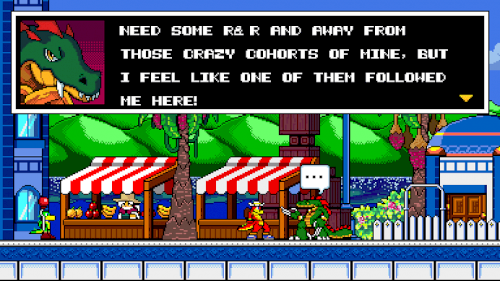 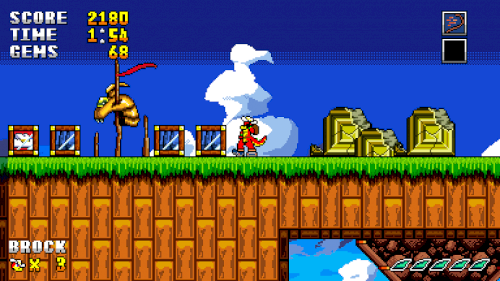 Things are amiss on Crocodillian Island after the four most wanted criminals end up vanishing without a trace from the law. Brock Crocodile, an archaeologist who loves a bit of adventure, finds himself in the middle of all the action as an unearthly being begins a plot that it more than meets the eye. It’s upto Brock and his friends to find out what these cunning villians are planning and put a stop to their evil schemes!

Brock Crocodile is a platforming adventure game in which the player takes on the role of a walking and talking red crocodile. The character Brock has two abilities that allow him to combat his foes and overcome obstacles such as using his whip to help him swing of chasms and pitfalls and his long distances attack in the form of his fruitgun, loaded with one of your five a day!

The game is split into two main modes, firstly the town mode in which Brock can interact with non-playable characters, purchase items and find out information about the levels. While the second mode, the stages, in which Brock is tasked with going from the start point to the end point to complete the stage. Within the stages the player will find gems that can be used to purchase items in town and if you’re a good enough explorer, some treasure hidden away in the stages.