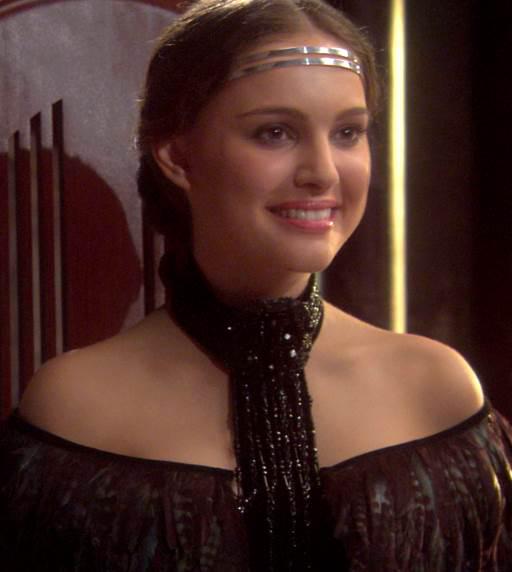 Big thanks to TheChiller, he kindly test this runtime against admob interstitial and seems everything is working, please notice that not all device trigger "on dismissed ad" so please use "on return from Ad"[/quote]
Monos

this version among to add some features and fix some errors also allow to choose a secondary context via internal.[/quote]
Emmanuel 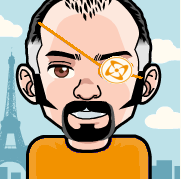 - UI: information boxes not large enough in some cases in the status bar
- UI: didn't support long click as right click on touch screens
- UI: new "Extension Manager" command in the View menu for direct access to the Extension Manager
- Build: the format of applications has been modified
- Storyboard editor: crash if you select a frame and right click while pressing ALT.
- Frame editor: crash if the frame contains a Physics Engine object and you do a Try Movement for an object with a non-physical movement
- Event editor: the Open all groups / Close all groups commands are now also in the main menu so that you can add shortcuts
- Event List editor / Print Preview: the object icons were too small
- Picture editor: you couldn't import images with alpha channel in simple list editors (counters, some extensions, etc)
- Picture editor: when you switch between directions or animations the lower speed value was set to a wrong value if the lower speed of the new direction was higher than the higher speed of the old direction.
- Application icon editor: new "Copy to other resolutions" command in the frame context menu, allows you to import a single icon image and then automatically create the other images.
- Object properties: crash if you set a bad name to an alterable value and try to rename it without closing the alert message
- Data Elements editor: when you replace a sound with the same name and different data, "(2)" was appended to the end of the name
- Default exporters: the limited HTML5 exporter of the free version of CF 2.5 is now also in the full version of CF 2.5 (unless the full version of the exporter is already installed). The limitations are the same (3 frames, 100 backdrop objects, 30 active objects or extensions, 150 events, no global events of behaviors).
- Debugger: new option in the preferences of the event editor, "Debugger / Remember objects from last session". In CF 2.5 the object list is saved when you exit an application, and restored when you restart it. This option allows you to deactivate this behavior.

- New "Running as Windows/Android/iOS/Html5/etc application" condition and "Runtime name" expression. Allows you to perform different actions on various platforms.
- All the runtimes have been optimized, especially in global and alterable values and comparison functions, as well as the get/set loop index functions
- Physics: the Apply Impulse function as been modified so that it depends on the mass and behaves the same in all the runtimes. Sorry in advance if this forces you to makes changes in your applications, but this change was necessary.
- Multiple Touch object: "Touch N is active on object O" was selecting all the instances of object O instead of the touched object only.
- "X chances out of Y" was false when X was greater than Y
- Repeat Actions is not limited anymore
- Restrict Actions wouldn't work anymore above 11 minutes

- Rounding issue in Set/Get Font Size functions.
- Applications without caption couldn't be minimized.
- Active System Box object: didn't work correctly in Button mode if the Resize display option was selected.
- Clickteam Movement Controller: fixed an issue with negative fixed values.
- File object: "Get default filter" renamed to "Get selected filter" (as it can be used to retrieve the filter selected by the user in a Save dialog).
- Rich edit object: the change made in the build 283.5 has been canceled. The Set Text function has been renamed to "Append text" (old behavior, to avoid breaking existing apps) and a new "Set Text" function has been added. Sorry for the inconvenience if you have already modified your applications in the meantime.
- String object: fixed a slowdown issue in the Windows runtime.
- Sub-application object: set width and set height functions now work.
- Create Object Relatively to a Parent object: the object was created (at random, undetermined coordinates) even if the parent didn't exist.
- Speech Bubble object: ported to Unicode, use the Extension manager to update it.
- String Tokenizer object: ported to Unicode, use the Extension manager to update it.
- Extensions: the hook function for extensions didn't work in subapps.

- The SDK directory is now automatically detected if Android Studio is installed.
- Google Play Services / AdMob: the runtime is no longer linked with Google Play Services unless the application uses the AdMob object. This results in faster build times. This also implies changes if you use the AdMob object: the AdMob properties have been moved from the application and frame to the AdMob object, If your application uses AdMob you have to put an AdMob object to frames you display ads in and update its properties. This also allows you to use multiple AdMob IDs and gives more flexibility. AdMob now also checks at runtime if Google Play is installed and warns the user if necessary.
- AdMob: now requires Android API #10, so please check with the Android SDK Manager if this API is installed.
- AdMob: fixed a problem when in one frame ads were "displayed overframe" and not in another one.
- AndroidObbMaker: now applications can handle as many videos and pictures as needed. Note: this object is available separately, it's not installed by the patch.
- ChartBoost Object: updated to latest SDK and ported to iOS (in progress).
- Active Backdrop: fixed a performance issue.
- Active Picture: faster expressions.
- Button Object: Font size.
- Create Object: the Action point was not correctly set when the object was created.
- Combobox Object: now resizes better accordingly to the screen size and device.
- Camera Object: if the user hasn't set the album name, the application name is used.
- Checkbox Buttons: fixed Uncheck action.
- Dialog: fonts are now smaller to fit in all devices.
- FIRETV Object: internal changes for future object.
- Get Object: if the charset is not detected from the server, the text is translated to iso-8559-1. If the block of data has charset information it's tranlated to it.
- Google InApp: added a protection for a variable.
- INI Object: now uses UTF-8 characters if UTF-8 is checked in the object's properties.
- InAndOut Movement: now works correctly.
- Layer Object: background objects created at runtime did not correctly scroll.
- List Object: now behaves exactly like Windows.
- Physics Object: fixed a crash when destroying objects, also the mass was not correctly returned in expression.
- Radio Buttons: fixes.
- String Object: fixed Flash Text.
- String Parser: updated.
- Runtime: Read Text now detects the type of file (ANSI, UTF-8, UTF16LE, UTF16BE, or other).
- Runtime: new code for OpenGL Context, hopefully context problems are gone, please test with the MALI GPU.
- Runtime: heap size is now only set for Android version 11 and beyond.
- Menu: added detection for software menu button in action bar.
- Sounds: the sound routines have been improved.
- The angles were sometimes converted to integer values, resulting in poor precision.

- New "Transparent Background" option in the Frame properties.
- New "Generate a single source file" option. This option allows to fix several problems. We've added an option in this version so that you can turn it off if it causes problems in your applications.
- Invader movement causing crash
- Physics Particles crashed apps
- Graphic font rounding issue on Safari
- Bug in Background System Box object
- Apps would not refocus or un-pause if in an IFrame and user clicks elsewhere on parent page.

- New "Generate HTML file" option. Unselect it if you don't want CF to modify your HTML file.
- The angles were sometimes converted to integer values, resulting in poor precision.
- The timer was not correctly reset at start of frame.
- The frame rate was not correctly set for physics calculations.
- The ObjectMover object was not included in this exporter.
Monos

- "Load on call" was ignored for objects with the "Create at start" option unchekced
- VRAM usage has been optimized a bit
- File object: the filter string was limited to 300 characters
- memory leak if you try to retrieve a parameter that doesn't exist in the command line

- more optimizations
- Chartboost updated to latest library
- corrected sound issue after return from pause/ads
- corrected gap between Motif Quickbackdrop objects of certain sizes
- List object: if the "hide at start" option is selected, the control is not created until you show it. This allow you to use this object as simple internal list without any display handling.

- removed quick backdrop optimization for non-power-of-2-sized images as this was causing display glitches in some games
- improved iOS6 compatibility
- added the iOS version of Chartboost (ps: you need to manually add the Chartboost framework if you want to use the extension, refer to the post in the forum)

- Pick object from alterable value was broken in the build 284.
- Crash in the build 284.1 with shaders that use images
- File object: the previous change for the Set Filter action could cause random crashes.
- Precision errors in Mouse On Object condition with scaled & rotated objects

- improved support of OpenGL3.
- Date & Time object bug with Set Time due to change in previous version of the build 284
- modified INI objects are now saved to disk only once per loop
- other optimisations
- new property that allows you to retrieve the number of the newest API installed in your SDK folder
- Set Position relative to Action Point was bugged
- fix in Set Layer Position
- fixed a problem in Combo Box object due to Java 8
- List object: bug in Delete Line action
- Edit object: crash on old devices (lower than Android 3.0)

- modified INI objects are now saved to disk only once per loop
- loops weren't correctly reset after a Restart Frame in the build 284.1
- blend coefficient had not the same effect as on the other platforms
- fix in layer positions

- the source code of the new Is Running As and Runtime Name functions was not in the build 284.1

- Particle object: the Destroy Particle actions could cause crashes.
- String Tokenizer object: crash when you ask for the number of elements (2D) before a string is passed to the object.
- Presentation movement: malfunctionning or crash if several objects have a presentation movement and one of them is deleted.
Patrice 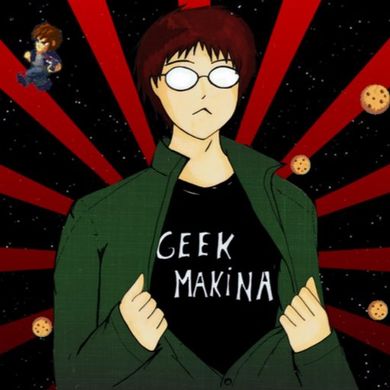